Check out the Latest News from Obsidian Wolf Publishing and our Authors.

Obsidian Wolf Publishing works hard to bring exposure and readership to its authors through a variety of different channels and marketing options. We also love to share the successes of our authors. In the book community – we are all working hard for each other to help each other succeed. Competition isn’t between authors as so much as trying to have an author improve their craft in a meaningful way. 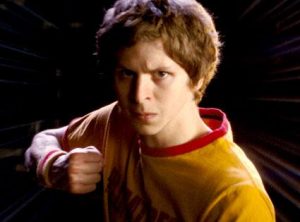 10 Medical stories the will open your eyes to the crazy world of medicine.

These 10 Medical Stories will help you understand the difficulties medical professionals see in Nursing homes and other locations.

12 Unbelievable medical stories that come from within prisons and jails. These stories are shocking and surprising.

12 Stories that pack some punch to them. Each story brings about a greater clarity into the unbelievable circumstances that medical professionals and patients find themselves in. 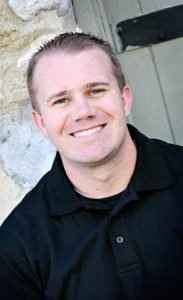 1.)  Path of the Phoenix by L Scott Clark

Jet Black, a 16-year-old boy, while at boarding school, must learn elemental magic and discover the meaning of a series of natural disasters from a book that has a mind of its own.

L. Scott Clark is finalizing contracts with Findaway voices to begin work on the Audiobook. A narrator has been chosen after several auditions and the process is in the initial stages

Path of the Phoenix is the first installment in L. Scott Clark’s young adult epic fantasy series titled The Sorcerer’s Guide. Jet Black is a sixteen-year-old high school sophomore studying at Chadwick’s boarding school in Santa Barbara, California. After barely surviving a disastrous natural catastrophe that results in the death of thousands in the city of Silverton, Jet finds himself equipped with supernatural abilities and plagued by visions of mysterious entities. When Jet tries to decipher the contents of an ancient book of magic, he learns of the existence of The Rivalry that foretells the release of the Demon Prince Arisol from his age-old imprisonment. As the ancient beings Lucretius and Faunal exert control over their classmates, Jet and his friends must do everything they can to stop them from wreaking destruction and havoc.

Path of the Phoenix is an entertaining fantasy romp that is bound to please readers of young adult books. L. Scott Clark’s action-adventure tale of a sixteen-year-old teenager thrust into the midst of ancient entities and elemental magic while simultaneously trying to navigate friends, rivals, and studies is a joy to behold. The characters felt likable, and Jet and Mckenzie’s relationship was very endearing to me. I also enjoyed the dynamic between Jet and Shane, which gave me vibes of Harry and Malfoy’s relationship in the Harry Potter series. The plot moves at a decent pace, and L. Scott Clark provides plenty of ancient lore in which to immerse the reader in the story. I would recommend Path of the Phoenix to young adults who enjoy fantasy stories.

Path of the Phoenix is a work of fiction in the fantasy, boarding school drama, and adventure sub-genres, and was penned by author L. Scott Clark. The work is intended for the young adult reading audience, and it forms the first novel in The Sorcerer’s Guide series. Our protagonist is Jet Black, a sixteen-year-old who strives for normality, but whose new adventures at Chadwick’s boarding school are already set for trouble. When Jet discovers the forgotten secrets of long-lost magic, so begins an incredible adventure that will put everything he’s ever known to the test, and help him to discover that not being normal might be a blessing after all.

Author L. Scott Clark has crafted a superbly engaging work of fiction with plenty of magical innovation, hidden secrets, and high drama to offer readers. From the perspective of the young adult audience, this work really delivers a plethora of new things for readers to discover and with no long, drawn-out breaks or overly complex exposition in its plot. The work flows naturally from each situation that Jet finds himself stuck in, with empathetic characters and engaging friends and enemies in the well-crafted boarding school setting. I also felt that the conclusion was suitably big and exciting for a first novel whilst also offering a promising concept to continue a series with hereafter. Overall, I would highly recommend Path of the Phoenix to fans of atmospheric magical settings, fast-paced adventure stories, and for YA fantasy readers everywhere.