Obsidian Wolf Publishing is excited to announce the release of the second book in The Sorcerer’s Guide Series by Author L Scott Clark – Soul of Anesidora. 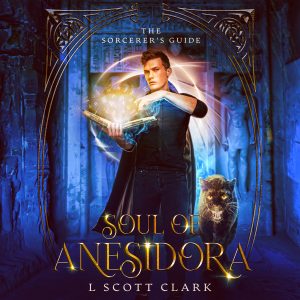 A Mysterious Predator Hunts for Those with Magic. Life may be nothing more than a Gift.

Since Jet Black discovered The Sorcerer’s Guide, a book with a mind of its own, he has uncovered Elemental magic, clashed with mythological creatures, and obtained the first tablet piece of the Phoenix.

Jet has only scratched the surface of the new magical world around him. War is on the horizon, but his promising development is about to come to a screeching halt. Plagued with roadblocks, dissension, and something far more sinister, he must achieve the impossible.

Acquiring the second tablet piece is vital for their success but can Jet and his friends beat Shane Fallon to the location? The journey will be as unexpected as it will be dangerous.

To make matters worse, Chadwicks Boarding School is under attack, and Jet doesn’t know if he is strong enough to survive. The reality of his breakthroughs will be life-shattering, and the battles ahead require that he be unbroken.

Soul of Anesidora is the second book, following Path of the Phoenix by L. Scott Clark. This book will continue the adventure of Jet Black as he discovers the richness of magic and the depths of the adversaries that face him and his friends. Jet will be pushed to his limit and must overcome some of the greatest obstacles in his life.

Jet will learn that magic is more than just Elemental vs. Runic magic. Join Jet on his adventure.

Path of the Phoenix – Book 1

Magic has been Reawakened 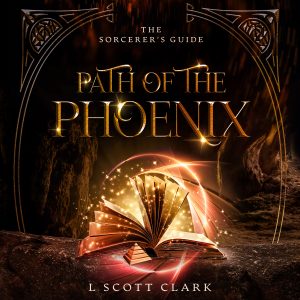 Magic has been hidden and forgotten for centuries; but it can’t remain concealed forever.  A countdown of destruction initiates the eventual release of an imprisoned demon that threatens the world. A young boy is chosen, but will he be strong enough to survive?

Sixteen-year-old Jet Black wants nothing more than to be normal. Four years ago, he survived a natural disaster that killed most of his hometown. Now he is starting his Sophomore year at Chadwick’s boarding school, only to learn that many of his problems have followed him. He must find the courage to reveal his darkest secrets to his friends.

Discovering a hidden book that only opens at his touch, Jet is forever changed. Faced with a choice of safety or adventure, he embarks on a journey that will stretch his abilities, test his friendships, discover magic, and ultimately lead him on a path back to his beginnings.